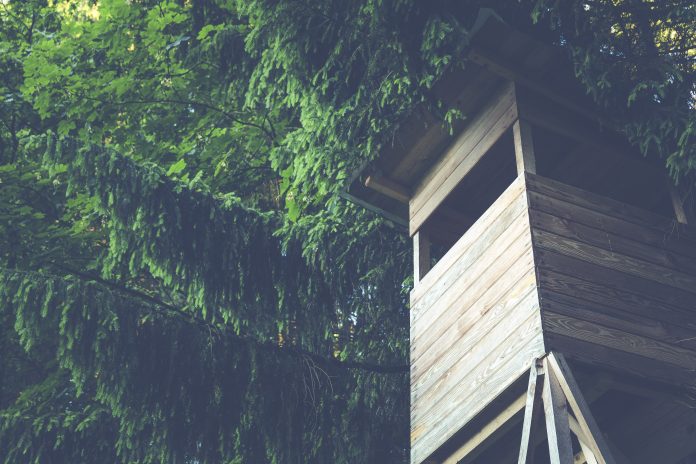 The strange story of the couple who lived in a treehouse for twenty years is one of the most remarkable tales of contemporary living. For more than two decades, a couple, known as the “Treehouse People,” lived in a custom-built treehouse in the middle of a wooded area in the Pacific Northwest. The couple, who wished to remain anonymous, had first discovered a perfect spot to build a treehouse in a clearing surrounded by evergreens. The treehouse was made from planks of wood, and had a trapdoor entrance, a double bed, and a kitchenette.

The couple’s treehouse was essentially a part of the forest, as it blended in perfectly with the surrounding environment. The couple would often use their treehouse as a retreat from the outside world. They enjoyed their peaceful, secluded life and found solace in the beauty of nature. As the couple lived in the treehouse for twenty years, they became a local legend, with people from all around the region coming to visit and marvel at the unique home they had created.

The Treehouse People’s story began to spread far beyond the Pacific Northwest. Journalists and curious onlookers flocked to the area to get a glimpse of the couple who had chosen to live in a treehouse in the middle of the woods. National news outlets began to report on the couple, and the Treehouse People became a symbol of rejecting materialism and the modern world in favor of embracing a simpler, more connected lifestyle.

Despite the attention that the Treehouse People received, their identity and whereabouts remained a mystery. They were often spotted in the woods, gathering supplies and working on their treehouse, but aside from that, little was known about them. It was only after their treehouse was destroyed in a windstorm that their identities were finally revealed. It turned out that the couple was a husband and wife, both in their sixties, who had lived together in the treehouse for twenty years.