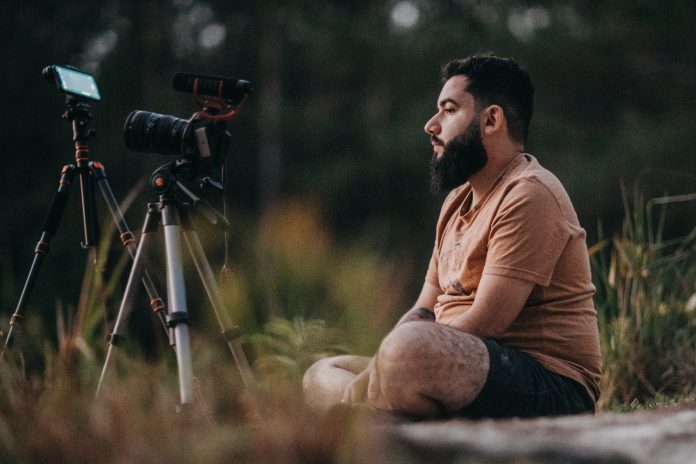 It is official. The first ever photograph of a black hole has been taken, and it is a supermassive one located in the center of the M87 galaxy, some 54 million light-years from Earth. The image was captured by the Event Horizon Telescope (EHT), a planet-scale array of eight ground-based radio telescopes, and shows the black hole’s shadow against the bright accretion disk of material it is pulling in.

“We have seen what we thought was unseeable,” said EHT project director Sheperd S. Doeleman of the Center for Astrophysics | Harvard & Smithsonian. “We have seen and taken a picture of a black hole.”

The black hole in the center of M87, which has a mass 6.5 billion times that of our Sun, has a diameter of about 40 billion kilometers. Its event horizon, the point of no return beyond which anything – including light – gets sucked in irrevocably, is about 2.5 times larger than our Solar System.

The image of the black hole is actually of its shadow, cast against the bright background emission from the accretion disk. The black hole’s gravity warps spacetime around it, bending and distorting the light from the disk as it passes close to the event horizon. This produces a distinctive “ring of fire” appearance in the image.

“It is an extraordinary scientific feat to even be able to image a black hole, let alone capture the first image of one,” said EHT Science Council chair France Córdova of the U.S. National Science Foundation. “And while we have seen what appears to be a black hole before in an artist’s rendering, it is incredible to see how close this image matches up with our theoretical predictions. This is a real accomplishment.”

The EHT observations were made at multiple radio wavelengths using eight radio telescopes located in Hawaii, Arizona, Chile, Spain, and Antarctica. The telescopes were all pointed at the black hole in M87 at the same time, creating a virtual Earth-sized telescope with unprecedented sensitivity and resolution.

“It has been truly an international and collaborative effort,” said EHT director Sheperd Doeleman. “I am incredibly proud of the team for their dedication and hard work in making this historic achievement.”

The data from the eight telescopes were combined using a technique called very-long-baseline interferometry, which allows scientists to effectively see details as small as 20 micro-arcseconds – about the size of a tennis ball on the Moon.

“This is an amazing accomplishment by the EHT team,” said Nancy Wilkins-Diehr, NSF’s Division Director for Advanced Cyberinfrastructure. “LIVE from NSF’s National Radio Astronomy Observatory, we watched History in the Making as the first image of a black hole was presented to the world.”

The EHT team is now working on analyzing the data from the M87 black hole in more detail, and is also working on observations of another nearby black hole, Sagittarius A*, which is the supermassive black hole at the center of our own Milky Way galaxy.

“We are just getting started,” said Doeleman. “With more observatories coming online, we will be able to image black holes in unprecedented detail and answer some of the longstanding questions about their nature.”