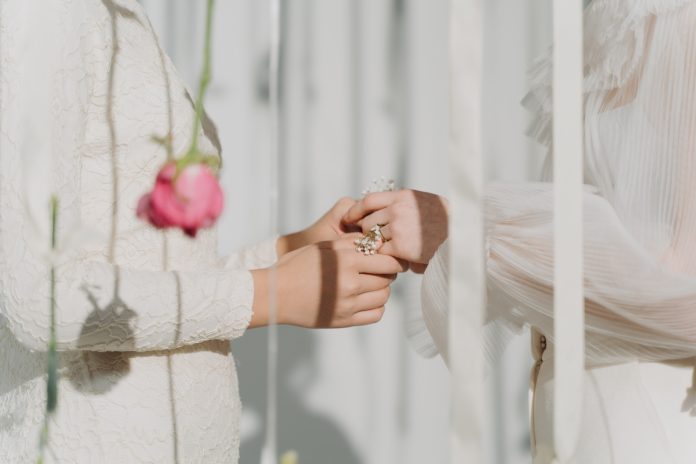 A couple in Australia has taken their love of kayaking to new heights – by getting married in a kayak.

The pair, who have been together for six years, tied the knot on Saturday in front of family and friends in Sydney Harbour.

The wedding ceremony was officiated by a friend of the couple, who is also a kayaking instructor.

The bride, who wore a white dress, was paddled to the ceremony by her father, while the groom paddled his own kayak.

The couple then exchanged their vows and rings while floating in the harbour.

After the ceremony, the newlyweds paddled back to shore, where they were greeted by cheering friends and family.

The couple said they were thrilled to have been able to combine their two passions – kayaking and each other – in such a unique way.

The groom, who is a professional kayaker, said it was an amazing experience to get married in a kayak.

“I’ve paddled in some beautiful places around the world but this was definitely the most special,” he said.

The bride said she loved the fact that their wedding was so relaxed and informal.

“It was just so us – laidback and outdoorsy,” she said.

The couple, who are both 31, met while kayaking in Sydney Harbour six years ago.

They got engaged last year while on a kayaking trip in New Zealand.

The groom said he knew he wanted to marry the bride when he saw how much she loved kayaking.

“I just knew that she was the one for me,” he said.

The couple plans to honeymoon in Fiji – another place they both love to kayak.