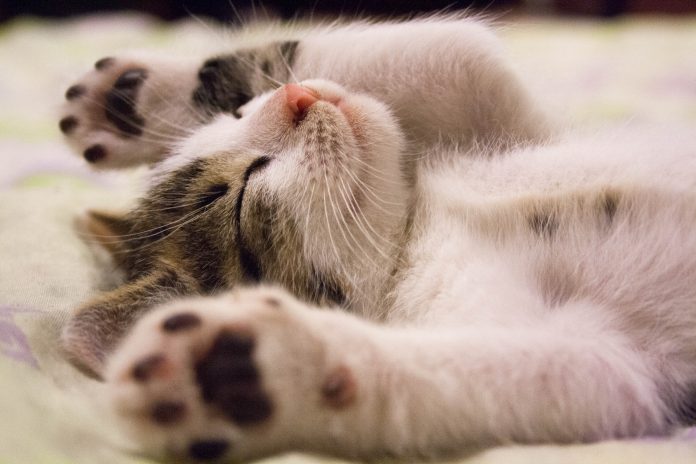 There’s a cat that’s been photobombing her owner’s pictures for years, and she’s become quite famous for it. Her owner, Andy, has been taking pictures of her since she was a kitten, and she’s always managed to make her way into the frame. Sometimes she’s just in the background, while other times she’s right in the middle of the action.

It all started when Andy got his first camera. He was never without it, and he would take pictures of everything he saw. His cat, who he named Pixel, was always nearby, and she would often find her way into the frame. Andy didn’t mind, as he thought it added character to the photos.

Pixel soon became known as the photobombing cat, and she would often steal the show in Andy’s pictures. She would wait until he was taking a picture of something else, and then she would jump into the frame and strike a pose. Sometimes she would even meow loudly, which would make everyone laugh.

Andy has now been taking pictures of Pixel for years, and she has become an internet sensation. She has her own Facebook page, and she has been featured in numerous articles and blog posts. People love her because she’s always making them laugh, and she reminds them that cats can be funny too.