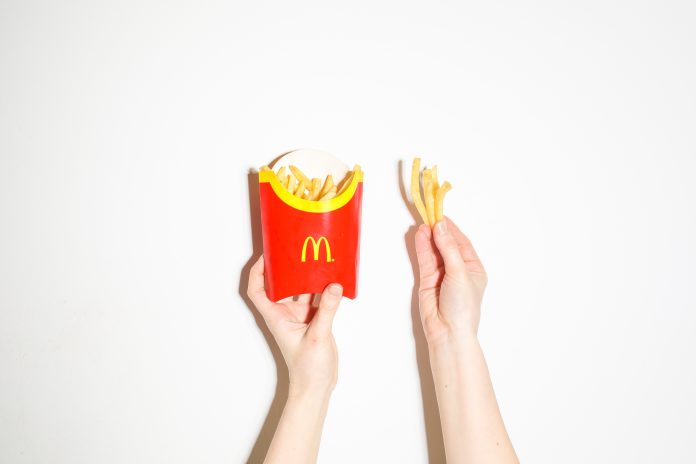 If you’re one of the millions of people who eat at McDonald’s every day, you may want to think twice the next time you’re tempted by a Quarter Pounder with Cheese or those golden fries. In recent years, the fast food giant has been embroiled in a number of scandals, from accusations of serving pink slime in its burgers to using recycled cooking oil in its fryers.

But those are just the tip of the iceberg when it comes to McDonald’s questionable food practices. Here are 10 reasons why you should never eat at McDonald’s again:

1. The food is highly processed and loaded with chemicals.

McDonald’s is famous for its “fast food” burgers and fries, but what many people don’t realize is that the food is highly processed and loaded with chemicals. For example, the chain’s hamburgers are made with “pink slime” (a mix of beef scraps and Ammonium hydroxide) and its chicken nuggets are coated in a mixture of 18 different ingredients, including dimethylpolysiloxane (a type of silicone used in Silly Putty).

2. The food is high in calories, fat, and sodium.

If you’re trying to watch your weight or eat a healthy diet, McDonald’s is definitely not the place to go. A Quarter Pounder with Cheese contains 540 calories and 29 grams of fat, while a large order of fries has 530 calories and 26 grams of fat. And if you’re trying to avoid sodium, you’re out of luck too – a large order of fries has a whopping 1,160 milligrams of sodium.

3. The food is fried in recycled cooking oil.

In 2014, it was revealed that McDonald’s was using recycled cooking oil in its fryers. The oil, which is filtered and then reused, can contain dangerous chemicals like acrylamide – a known carcinogen.

4. The burgers are cooked with chemicals that may cause cancer.

McDonald’s burgers are cooked with a mixture of ammonium hydroxide and dimethylpolysiloxane, which can form carcinogenic compounds when heated.

5. The chicken nuggets are made with pink slime.

McDonald’s chicken nuggets are made with “pink slime” – a mix of chicken scraps and Ammonium hydroxide. The use of this ingredient has been banned in the European Union.

6. The salad ingredients may be contaminated with E. coli.

In 2012, McDonald’s was forced to recall its salads after several people were sickened with E. coli. The outbreak was traced back to contaminated lettuce.

7. The buns may contain cancer-causing chemicals.

The buns used for McDonald’s burgers and sandwiches contain the chemical propyl paraben, which has been linked to cancer.

8. The coffee may be contaminated with fecal matter.

A study conducted by the BBC in 2015 found that McDonald’s coffee contained traces of fecal matter. The study also found that the coffee of other major chains, including Starbucks and Costa Coffee, was contaminated with fecal matter.

In 2015, it was discovered that McDonald’s ice cream machines were contaminated with metal shavings. The shavings could end up in the ice cream, posing a health hazard.