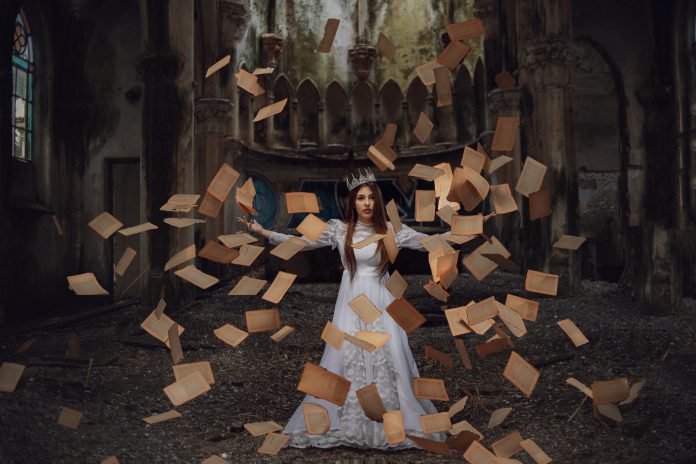 When Isabella was just a baby, her father, King Ferdinand, received a magical castle as a gift. It was a beautiful castle, with tall towers and a drawbridge. But the best part of the castle was the magical gardens. The gardens had a wishing well, a fountain that sprayed rainbow-colored water, and a maze that changed shape every time you tried to walk through it.

Isabella loved the castle and spent all of her free time exploring it. She especially loved the gardens and would often spend hours trying to find her way through the maze.

One day, when Isabella was eleven years old, she was playing in the maze when she got lost. She wandered around for hours, but no matter how many times she tried, she couldn’t find her way out. Night was falling and Isabella was starting to get scared.

Just as she was about to give up, she heard a voice call her name. It was the voice of the castle’s guardian, a magical creature who lived in the castle. The guardian told Isabella that she was in danger and had to leave the castle immediately.

The guardian gave Isabella a magical key that would open the door to the outside world. Isabella was hesitant to leave the safety of the castle, but the guardian was insistent. Isabella finally agreed and, with the help of the key, she was able to find her way out of the maze.

The next day, when Isabella went back to the castle, she found that it had disappeared. In its place was a small cottage. Isabella was sad to see the castle go, but she was also excited to start her new life in the cottage.

Isabella’s story doesn’t end there, though. Even though she’s no longer a princess, she still has the key to the castle. And every once in a while, when she needs a little bit of magic in her life, she can use it to go back and visit her beloved castle.