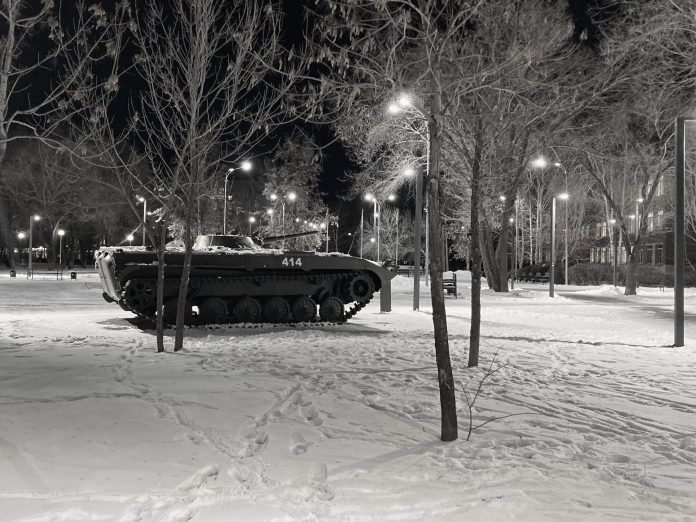 It was the early 1950s, and the world was a very different place. The United States and the Soviet Union were locked in a Cold War that showed no signs of thawing, and the specter of nuclear war loomed large in the minds of people on both sides of the Iron Curtain. In the midst of this tension, Stanley Kubrick released his 1964 film, “Dr. Strangelove or: How I Learned to Stop Worrying and Love the Bomb.”

The movie is a black comedy about the end of the world, and it was Kubrick’s satirical take on the politics of the Cold War. The film’s title comes from a line in the 1960 novel “Red Alert” by Peter George, which was the basis for the screenplay.

“Dr. Strangelove” was a box office success and was nominated for four Academy Awards, including Best Picture. It has since become a cult classic, and its impact is still felt today.

The film tells the story of Jack D. Ripper, a U.S. Air Force general who goes rogue and orders a nuclear attack on the Soviet Union. The plan is thwarted by a series of events, but not before the President of the United States, Merkin Muffley, calls Soviet Premier Dmitri Kissov to inform him of the impending attack.

Kissov is incredulous, and Muffley is forced to come to terms with the reality of the situation. He contacts his war room, where he is briefed by his advisors on the Doomsday Device, a fail-safe mechanism that will automatically trigger a global nuclear holocaust if the Soviets are attacked.

With the clock ticking and the world on the brink of destruction, Muffley and his team must find a way to stop General Ripper and prevent Armageddon.

“Dr. Strangelove” is a masterful satire of the Cold War, and its message is as relevant today as it was when the film was first released. The film is a warning about the dangers of nuclear war, and it is a reminder that the only thing more frightening than the bomb is the fear of it.